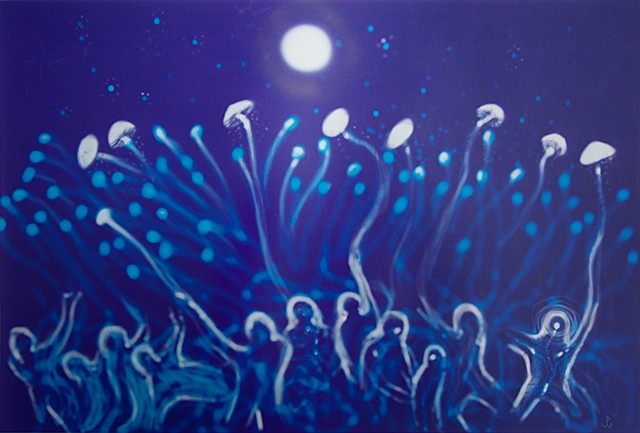 can the mind accept what it sees, a cautionary tale, i knew an acquaintence in tuntable "cam", who used to partake, and ended up thinking it was ok to be naked on lismore campus, during term time,... i sort of agree..its the hippy way. but those in power had a different view and took him away

i will end by saying to any young psychonauts do your research properly, as to the type of shroom, make a mistake and it might cost you your life,as to what is the correct species you take.

even the goldtop has limits